Photographing a ‘world worth saving’

This is the photo of myself that I took during my first Antarctic expedition. It was [an] amazing place that was close to the glacier. And I was investigating glacier and I found this ice cave. So it was hard not to check what’s inside, so I took my camera and then I was blown away seeing this glass world.

My friend, he was doing some survey around and I spent some time exploring this little cave. We find that the cave, it’s pretty long so we explore about 250 meters of ice cave. That was really, really amazing because I have never seen anything like this.

That photo was taken during my Antarctic expedition to Detroit Plateau. Unfortunately, we spent 17 days in tents waiting for good weather that we can take back to Antarctic base. When we went to the field, we didn’t expect [that] bad weather is coming, so we start doing our research and two days after, we saw big clouds on the horizon, so we [went] back to our base.

And [a] few hours later, the giant storm developed, so we were trapped in our tents for a number of days. So just before end of this storm, the wind calmed down and just we went out from the tents and we saw beautiful sunset. That was one of the most beautiful sunsets I’ve ever seen.

Last summer on the way to Europe I stopped by in Iceland with my kids to show them what I saw 15 years ago. So I was very excited to share Iceland with them. So we rent a car and went for a trip around the island.

One of my evenings, I went for a walk with my family and we stopped by in the woods. My kids start playing and then I thought that they would be bored, but they found a couple of places that they really like and they were jumping and discovering what they find in the woods.

I saw my daughter blowing the dandelion, and my son he was trying to catch the seeds. That was really, really amazing because I saw them really happy. Just beautiful scenery.

Volunteer Point on Falkland Islands, it’s one of my favorite places. I was so surprised when I went there. I didn’t expect what I have seen. The beach looks like a tropical place. In fact, Falklands, they’re pretty cold islands. So knowing the penguins live there, and seeing them in that scenery, just blow me away.

This photo was taken during our campaign on Tupungatito Glacier. Lucky after two or three reconnaissance expeditions, we transport all our equipment on the drill site and during that year we had beautiful weather. At the night we had beautiful moonlight and stars. And every day, beautiful weather just allow us to drill and we finish our work pretty quickly.

Very often during the expedition just I try to check how the landscape looks like, even at night. So very often I wake up, do some series of shots, time lapses. That allows me to see places from different perspective and different sight.

It’s amazing to see that remote place in different light, like night light. You can feel how quiet it is, because very often during the day we have pretty strong winds and clouds going over. It’s so different, but beautiful as well.

I met that lady on my trip to Nepal in Nathang Valley. One of the days of hiking, I stop by. I was looking for a place where I [could] find food, so she invite me inside her house and then she said she can prepare a meal.

During that time, she was telling story of her family, how they move from Tibet to Nepal in the ’50s. So her parents run away from China and they just live in Nepal. So she was born in China, but now she’s living in Nepal.

Unfortunately, a couple years later there was [a] big earthquake in Nepal and all her village was completely destroyed. I hope she survived it. I’ve never heard anything back from her, even though I just tried to contact her, sending postcards and letters but I don’t know. I hope she’s OK.

Same trip to Nepal, I was able to visit one of the national parks where guys daily come with their elephants and just clean them and elephants take a bath. It’s [a] crazy view because you don’t expect that they [are] so playful animal[s].

I thought it’s just daily routine for them, but it’s clear you can see that they [are] having fun, every time when they come to the water and they have really good contact with their owners. During the day, elephants help in the woods, but each morning and each afternoon just they have fun in the river.

During my Antarctica expedition, with [the] Polish Academy of Sciences, I was responsible for environmental observations and counting sea mammals. So every week I had to walk across the coast about 17 kilometers and count each sea mammal I found on my way.

But also during the winter when ice pack appear and Admiralty Bay was frozen, one of the days when I was crossing the bay, I found [an] air hole next to the iceberg and I saw seals playing next to the air hole.

So next day, I [was] back with my diving equipment and I just decide to see their world. It was amazing experience because they [are] very curious animals, so they come close. They not danger[ous], and they clearly want to play with me. Some of them, they try to keep a distance because they just produce bubbles. It’s a clear sign, just stay away.

Also, just playing with them, I was afraid that maybe some other predator may come, as a leopard seal or maybe killer whale, but luck[ily] nothing like that happen.

During winter doing my work counting sea mammals, every time I have to stop on the way back, I[’d] have to stop in the little hut. It’s [a] kind of shelter place. Unfortunately, one evening the wind picked up so badly that I have to stay there for a couple of days. This shelter is very close to the shore, so I was able to just watch big waves and giant icebergs crossing the Bransfield Strait.

After a first string campaign on Tupungatito Glacier on the way back I stopped by on Atacama Desert. There was a dream that I want to realize. I want to try to find one of the Imilac meteorites. Me and my friend, we travel up north to see if we [could] find anything there. We rent a car and for couple of days we were traveling around the Atacama.

Of course, at the night it’s hard to stay in a tent because the skylight, it’s so beautiful, the sky [is] milky, it’s over your head. You have feeling that you can touch the stars. Luck[ily] that day we didn’t have any moon, so we can enjoy [the] beautiful sky overhead and see Magellanic Clouds.

This photo was taken during circumpolar Antarctic expedition that I just got back from. We use [a] helicopter to explore new places and trying to find good drill site for our project. This picture was taken close to South Sandwich Islands. We were not able to fly over the islands because of the cloud cover but we are investigating the size of the icebergs.

That picture was taken on our drill site. We are moving our equipment from the boat. It took us almost [an] hour to find a good landing site because weather change very quickly in Antarctica, so we are afraid that if we land too high, the clouds [will] cover us and then [the] helicopter will have trouble to pick up us back to the boat.

Finally, we decide to land on the lower side on the island, but we didn’t risk that we may stuck there. It took two hours to move all equipment and start drilling process. After four or five hours we complete our work and [made it] safely back to the ship.

On the way back to the ship from the Nordenskjold Glacier, we had pretty bad weather and big waves. Pretty much you can’t see them on a picture, I don’t know why. That was an amazing, amazing trip because very skilled Zodiac drivers from British Antarctic Survey help us to get back to the boat safely and really enjoyable. That was great adventure.

Each trip, it’s a great opportunity to make pictures. That what I really like. It’s my hobby and always I feel that I have to carry my camera, but you never know what to expect.

It’s same as this shot. I [was] just laying in my tent and reading a book, and just one moment I decide to check out how’s the weather look like, because we are planning to hike higher, same day. So I saw my friend taking [a] picture with that beautiful scenery, so I can’t stop myself to take picture of him with that beautiful landscape.

Because I spend so much time on the shore just watching seals, and one moment I found that one is dead. [I] just [went] back to the shelter just [to] get warm, and a couple of hours later I go back and see that birds just eating [the] dead elephant seal, and I was able to crawl really close because they were so busy eating. I’ve never been that close [to] wild birds. Almost, I can touch the beak and that just they completely ignore me, they were that busy eating.

So it’s very difficult to make a good penguin shot because you don’t want to make them that they so obvious and then repeating the same thing that you already seen in National Geographic or any other website. So very often you stay next to [a] penguin colony, looking for any specific moment.

That was very interesting because that was [a] chinstrap penguin colony. So I was staying there waiting for my colleague that he was counting seals, and then one moment I saw the penguin parent just rotating the egg and I found, “Oh, there is a crack,” so I stay.

Like [an] hour later, I saw the little one hatching from the egg. So that was amazing moment because I’m not sure that you can see that pretty often. They just hatching like one, two weeks every year, so you have to be [at the] right place, right moment to see things like this.

I was taking pictures of elephant seals and it’s great because the young ones, they more mobile than adults one. This one is probably like [a] month or one and half old. They’re pretty curious animals. Sometimes they feel lonely, so they just move, just looking for other pups and then they try to save heat as well, so they just like laying next to each other.

So I was making picture[s] of other elephant seals and this one just came next to me and just like look at me, just absolutely ignore that I’m human and just stay and just start sleeping, so I just pass my camera to my friend and he took that picture. That was [a] really great experience.

I know we shouldn’t come close to the animals and always I keep that in my mind, but when they come to you, so I don’t want to stress them too much, so after the picture I was laying for next 10–15 minutes and the seal doesn’t move, so I just slowly start crawling, to not just scare the animal. That was great experience as well. 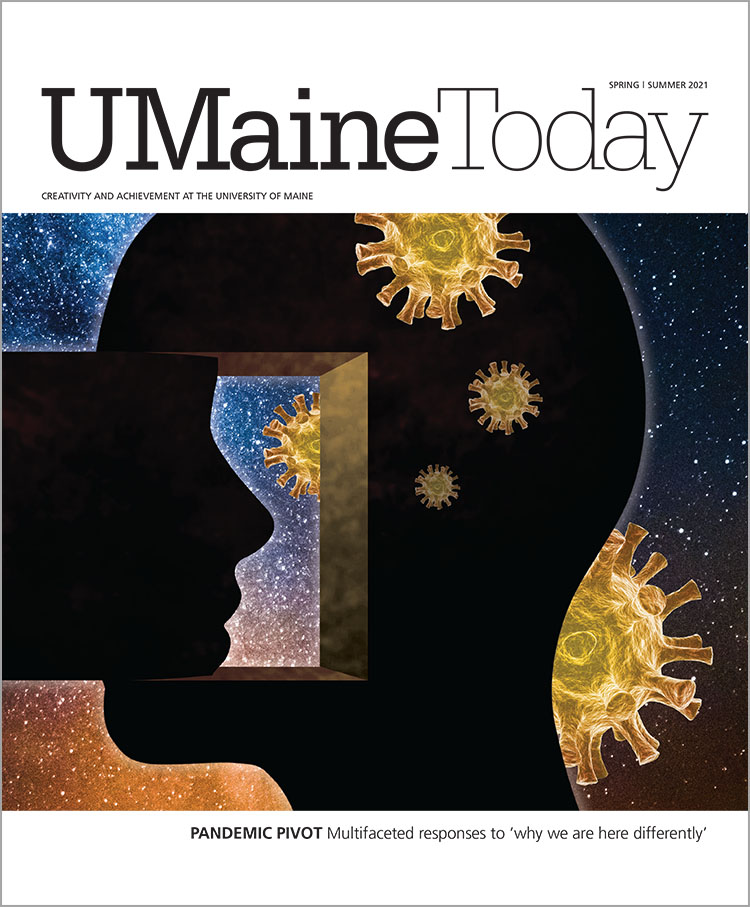