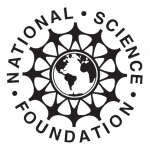 The three fellows awarded in 2016 — Anna McGinn in the Climate Change Institute and the School of Policy and International Affairs; William Kochtitzky in the School of Earth and Climate Sciences; and Kit Hamley in the Climate Change Institute — joined two others at UMaine — Anne Marie Lausier, civil and environmental engineering, and Karen Stamieszkin, marine sciences.

For the 2016 competition, NSF received close to 17,000 applications and made 2,000 award offers. The fellowship, which has been directly supporting graduate students in STEM fields since 1952, provides a three-year annual stipend of $34,000, plus $12,000 for tuition and fees, and myriad opportunities for international research and professional development.

Anne Marie Lausier is a continuing fellow and Ph.D. student in civil and environmental engineering. Her research focuses on the inclusion of stakeholder equity considerations in water management and decision-making. She is analyzing case studies of the Integrated Water Resources Management framework and identifying features that contribute to or detract from achieving an environmental stewardship approach. She also is conducting a regional study assessing the current formalized policy and decision processes around water use at the state level. Her goal is to facilitate the movement of water policy closer to sustainability in a changing environment. Lausier was awarded an NSF graduate fellowship in 2014. Before attending UMaine, she received a bachelor’s degree from The George Washington University, with a double major in geography and environmental studies.

William Kochtitzky is a first-time fellow and master’s student in the School of Earth and Climate Sciences. His undergraduate thesis focused on the volcanic and glacial evolution of the Nevado Coropuna Ice Cap, which sits atop a dormant volcano in the southern Peruvian Andes. The ice cap provides water resources to surrounding communities for drinking water, electricity and agricultural production. His project, in collaboration with the Peruvian Volcano Observatory, is changing regional hazard assessment and resource water planning in southern Peru. Kochtitzky received his bachelor’s degree in Earth sciences from Dickinson College in May 2016.

Kit Hamley is a first-time fellow. For her master’s thesis in the Climate Change Institute, she investigated the origins of an extinct canid — the warrah — that was endemic to the Falkland Islands. Using an interdisciplinary approach that combines the fields of archaeology, paleoecology and paleontology, she worked to determine if pre-European humans introduced the foxes to the islands. She also is interested in the effect of the introduction and eradication of a top predator on the remote island ecosystem. Hamley hopes this study will help respond to questions in conservation and management on islands, such as biological invasions, disturbance regimes and natural variability. She is particularly interested in the role humans play in these interactions. Hamley helped develop the 4-H Follow a Researcher™ program at UMaine, which connects K–12 students with active graduate research. She has continued her research at UMaine this fall as a Ph.D. student in the Ecology and Environmental Sciences Program. She received a bachelor’s degree in geology from Bowdoin College in 2010.

Karen Stamieszkin was awarded an NSF Graduate Research Fellowship in 2012 and received her Ph.D. in August 2016. Her research explores zooplankton fecal pellet carbon export in the ocean, particularly the portion of fecal material produced by organisms living near the ocean surface. By applying the models to data sets that span the North Atlantic Ocean for more than 55 years, she explored how changing plankton communities and oceanographic conditions can change the export of fecal pellet carbon from the surface of the ocean to deeper depths where it can be stored. Her experiments show that feeding by zooplankton and subsequent fecal pellet production shift the mean size of particles in the water to larger sizes. Since larger particles generally sink faster than smaller particles in the ocean, the process of feeding and defecating is a mechanism through which zooplankton can increase the potential for carbon export. She received her master’s in environmental science and her bachelor’s in environmental studies from Yale University.

Anna McGinn is a first-time fellow and master’s student in the Climate Change Institute, and the School of Policy and International Affairs. In her research, McGinn is evaluating existing climate change adaptation projects in developing countries to understand potential co-benefits and/or negative impacts that projects might have on the communities in which they are implemented. She also will look at how these projects are funded to see what role these mechanisms play in facilitating sustainable adaptation projects. McGinn plans to travel to observe each adaptation project case study location to look at current initiatives and how they may impact the surrounding community. McGinn received her bachelor’s degree in environmental studies from Dickinson College in 2014, where she focused on climate change governance, climate vulnerability and environmental justice.

A benchmark of quality in graduate education and research programs is the number of nationally competitive fellowships awarded to students.

Maine’s aquaculture industry grows through research, innovation and collaboration by UMaine Today
Next: Arts and humanities