The effect of ocean acidification on iron availability to phytoplankton in the eastern North Pacific is the focus of a three-year, more than $954,000 National Science Foundation collaborative research grant to the University of Maine, University of Washington and University of South Florida.

One of the outcomes from ocean acidification will be changes in the availability of iron to marine phytoplankton, the grasses of the sea that support the marine food web and account for more than half of ocean biomass. Like humans, phytoplankton require iron to grow, but much of the iron dissolved in seawater is bound with organic molecules in ways that limit ability to phytoplankton.

Much of the biological production in the global ocean is limited by this iron availability, and it is uncertain whether ocean acidification will lead to decreases in ocean productivity.

UMaine School of Marine Sciences professor Mark Wells will lead the project, including a major research cruise in 2020, in collaboration with Charles Trick from Western University and Kristen Buck from the University of South Florida. Joining them will be Shigenobu Takeda of the University of Nagasaki, and graduate and undergraduate students from the four universities. 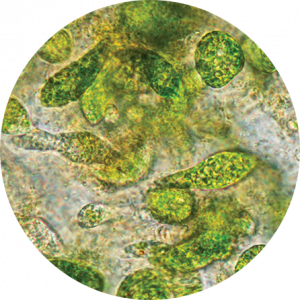 The international collaboration also will feature educational outreach to the public, with Maine K–12 students and teachers engaged in learning opportunities during and after the research cruise.

Ocean acidification is caused by increasing atmospheric carbon dioxide from fossil fuel burning. Carbon dioxide dissolves from the atmosphere into the surface ocean and reacts with seawater to form acid, causing lower seawater pH. This acidification already can be measured, but it will be greatly magnified by the end of the century.

“Understanding the effect of ocean acidification on the iron cycle is a critical unknown in global biogeochemical models, and their projections of climate change effects on the ocean system over the next century,” note the researchers.

by UMaine Today
Next: Flagship difference