Since 2001, UMaine Today magazine has been the University of Maine’s principal public relations and marketing anchor, highlighting exceptional creativity and achievement at Maine’s Flagship University. In the past decade, UMaine Today’s quarterly circulation had increased nearly 600 percent to almost 80,000 in an effort to reach as many alumni as possible. Today, the ever-increasing costs of printing and postage, coupled with technological advances that many readers prefer, have led us to a new redesign and circulation model.

The fall 2013 issue marked the first full redesign of UMaine Today as part of the innovation, efficiency and growth that hallmark UMaine’s Blue Sky Project, the five-year strategic plan for Maine’s Flagship University. UMaine Today’s redesign and digitization project preserves and harnesses the successful elements of the magazine, while simultaneously increasing accessibility beyond the current circulation, updating the look and feel to provide essential and current messaging, and exemplifying UMaine’s land grant status as a leader in the state, region and nation. As part of the redesign effort, UMaine Today magazine is now published biannually with twice the amount of editorial content.

The fall 2013 issue was the last full-circulation edition of UMaine Today magazine. Readers who prefer to receive their issue online can visit the website. Starting fall 2015, UMaine Today magazine subscriptions will be free. Those who would like to continue to receive the print version of the magazine can subscribe by sending their name and mailing address to nagle@maine.edu. Readers can opt to support UMaine Today with an annual voluntary subscription of $5 (checks payable to the University of Maine) by writing:

Thank you for your support of and interest in the University of Maine through UMaine Today magazine. 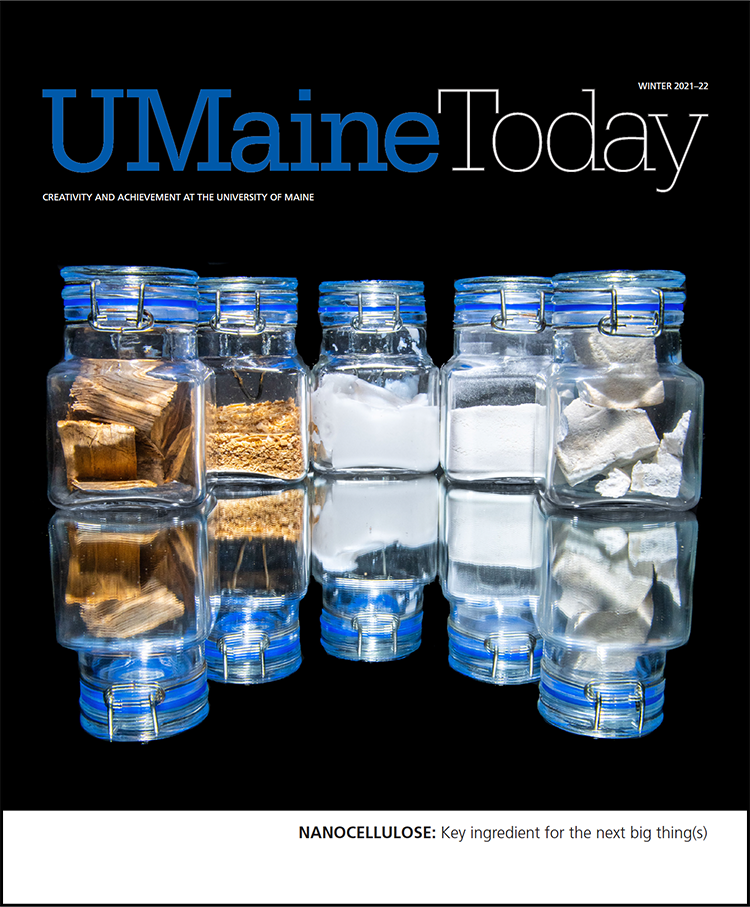